What’s up, GAMERS!? Today, we’re gonna review a video game, and that video game is Splasher!

Splasher is a side-scrolling action platformer and hydraulics simulator made by the similarly-named-to-the-game studio Splashteam. Also, this game was created by some of the people behind Rayman Origins, so you’re likely already familiar with Splashteam, although you just weren’t aware of it!

The story of Splasher takes place at Inkorp, a corporation that lives up to its name by making ink/paint/art liquids. At beginning of opening cut-scene, the player is treated to a tour of the factory, from its output of potato-based ink to the backroom containing Inkorp’s huge amount of custodians. (Which are referred to as “Splashers” within the game’s sales page descriptions.)

However, things are not what they seem at the workplace, as one custodian (and main character of the game), “Young Hero” discovers that Inkorp has been performing experiments on its employees. 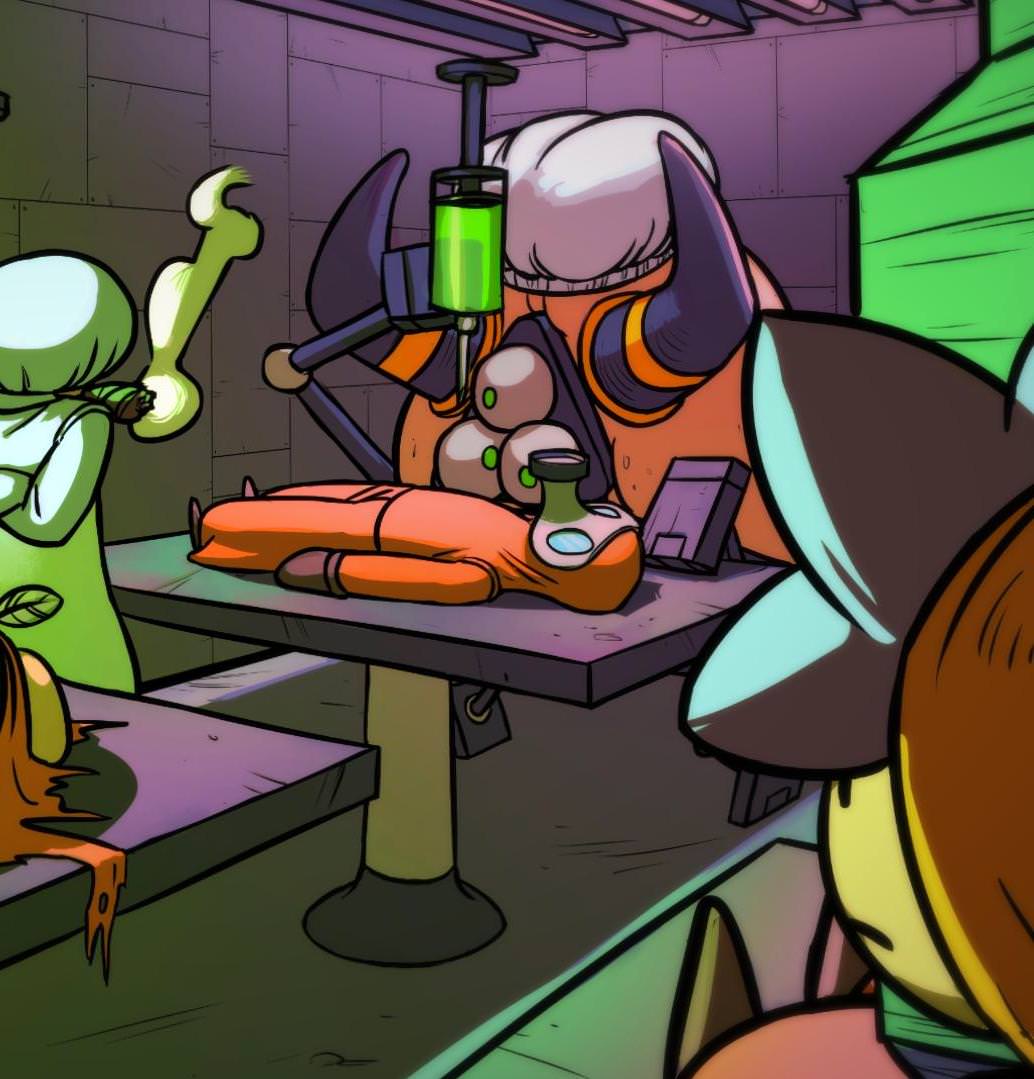 “Young Hero” and the player even get to witness one of these experiments, in which one of the Splashers ends up… Well…

Horrified by what he just witnessed, our hero goes off to save any and all remaining coworkers, who are scattered across many of the game’s levels. Armed with a paint cannon, water, and two different kinds of ink, he is also in pursuit of Inkorp’s boss -the brute responsible for the experiments mentioned earlier- to make sure that his crime does not pay.

Of course, one of the reasons we play video games is for the gameplay, and Splasher delivers; the controls are nice and floaty, yet still fairly quick, and the properties of the inks are a highlight of the game. The red ink lets the player stick to surfaces they wouldn’t normally be able to, the yellow ink lets the player bounce around and reach new heights, and the water is for pretty much everything else.

If this all sounds fun to you, that’s because it is; The inks are very fun to use, even when you don’t have them unlocked, as the design of the earlier levels take advantage of its properties in a way that is still exciting and fun to play with. (And makes you all the more excited when you actually get them!)

Aside from it’s main “play through the game normally” mode, the game also has a bunch of speedrunning options, so if you’re into speedruns, time-attacks and stuff like that, these modes will probably something you’ll enjoy.

To put it simply, Splasher is an excellent video game worth plenty of Pepsi cans.

Splasher‘s available for not only the PC, but the PS4 and Nintendo Switch, and you likely own at least one of those so you have no excuse not to get this game. Have fun gaming, gamers!